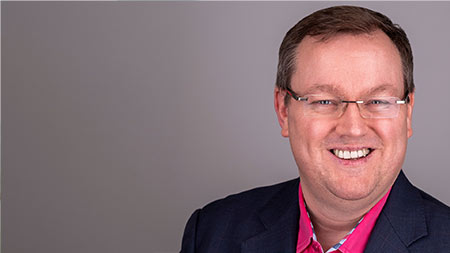 We are pleased to announce that Declan Curry will be speaking at the The Future of Global Safety, Lloyd’s Register Foundation's Digital Summit 2020.

Declan Curry has been a journalist and broadcaster for more than twenty-five years, covering global business, economic and political trends and stories. He broadcasts throughout the day as a business commentator for the UK commercial radio station LBC News.

He presented programmes and reported for BBC radio and television over two decades, in the UK and for global audiences. He has broadcast for the American network ABC, and has appeared on radio or television in Ireland, Europe and Australia.

Declan has brought his experience in the media to the speaking circuit. He chairs and speaks at conferences around the world and is skilled in moderating digital events remotely for the post-Coronavirus age.

He has been published in newspapers, magazines and online publications in the UK, Europe and the United States. He has won several awards for his broadcasting and is an honorary doctor of Middlesex University in London.