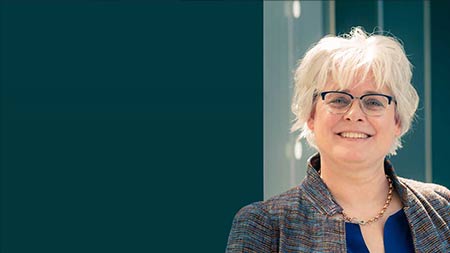 We are pleased to announce that Christina Van Der Feltz-Cornelis will be speaking at the  2019 Lloyd's Register Foundation International Conference.

Professor Christina van der Feltz – Cornelis, psychiatrist-psychotherapist and epidemiologist, joined the University of York as one of the 60th Anniversary inspirational research leaders with a Chair of Psychiatry and Epidemiology in 2018. She moved to York from the Netherlands, where she held an endowed chair at Tilburg University as Professor of Social Psychiatry from 2010 - 2019. She is a member of the Mental Health and Addictions Research Group (MHARG) at the University of York’s Department of Health Sciences, and holds a joint appointment with the Hull York Medical School (HYMS).

Christina registered as a psychiatrist with full licence to practice in the UK and joined as an honorary consultant psychiatrist with Tees Esk and Wear Valley (TEWV) (2018). Christina provides a specialist assessment service and treatment for people with Somatic Symptom Disorder (SSD) in the City of York. Follow Christina @VanFeltz, at ORCID or at Linkedin, and MHARG @MHARG_york.

Christina is a world-renowned mental health researcher whose research draws on her clinical background; she was awarded a Cum Laude at her MD graduation at the School of Medicine Amsterdam, the Netherlands in 1988 and combines clinical work and academics ever since. She registered as psychiatrist and psychotherapist in 1992 and as an epidemiologist in 1996. She completed her doctorate (PhD 2002) on Psychiatric consultation for patients with somatoform disorder in general practice at VU University Medical Centre, Amsterdam. As a psychiatrist-psychotherapist and epidemiologist, Christina endeavours to conduct research leading to better understanding, diagnosis and treatment of common mental disorders such as depressive, anxiety, somatic symptom disorders and medically unexplained symptoms including chronic pain. She explores how to improve social functioning, such as Return To Work, of people with mental disorders, and how to improve suicide prevention. Christina collaborated in several EU Sanco and FP7 funded research projects aimed at suicide prevention, the European Alliance Against Depression (EAAD) and Optimizing Suicide Prevention programs and their Implementation in Europe (OSPI).

Christina is involved in agenda setting for mental health research at European level, in the context of ROAMER, an EU FP7 funded project, and on behalf of the European Association of Psychosomatic Medicine. Christina works on the concept of work stress and how to cope with that. She led the ECO trial, funded by the Netherlands Organisation for Health Research and Development, showing the efficacy of a blended eHealth intervention combined with collaborative care aimed at Return To Work. This work was awarded the Burgerpenning for excellent research in the field of Work and Mental Health in 2017.