A new report out today maps data on safety-related accidents and deaths across the world for the first time.

Mapping Risk, produced by Lloyd’s Register Foundation and Gallup, is a compendium of some of the main data sources on safety and risk available from around the world. The report explores areas where data collection is poor and needs improving, as well as where the number of accidents are high, in order to support the best possible decision-making around accident prevention. 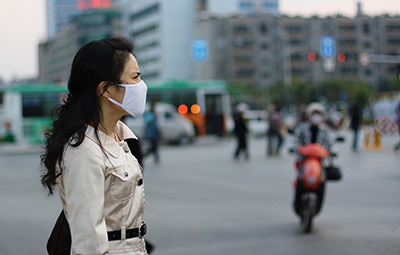 The report found that risk and safety data are often dispersed and fragmented and there is no single set of health and safety performance indicators. International organisations such as the International Labour Organization (ILO) and the World Health Organization (WHO) have established datasets and conventions on safety. However, despite a large number of countries signing up to these, implementation and enforcement is weak in many countries.

Additionally, while some countries provide comprehensive data on topics such as occupational risk and safety, others provide very patchy data, if any. Data quality and reliability varies, often reflecting levels of economic development, although not always: some of the wealthier countries (such as the Gulf Cooperation Council countries) do not publish regular, reliable data on workplace accidents and fatalities.

An estimated 2.78 million workers die each year from occupational accidents and work-related diseases. Some two-thirds of work-related deaths are in Asia, while Africa and Europe each account for just under than 12% of global workplace fatalities.

“There is a hidden burden of injury around the world. In many areas, accidents and deaths aren’t recorded and people’s stories aren’t told or heard. For example, many countries don’t issue death certificates, so it’s impossible to know where poor safety has been at fault, and in other countries deaths at sea often go unrecorded. We want to understand where in the world these gaps in data are, and where people are being hurt most frequently, so we can work with our partners to create new interventions and fund new projects to improve data collection and head off accidents more effectively.”

“This report shows that globally, safety and risk data are very patchy. We found that even for countries and entities which collect risk and safety data, there are issues with coverage
and often important methodological differences hinder cross-country comparisons, meaning the true picture of global safety is still opaque. With this report and the new World Risk Poll, we look forward to working closely with Lloyd’s Register Foundation over the coming years to identify and close the gap between actual and perceived risk, in order to help make people safer.”

The world’s largest study into how people think and feel about risk and safety.