A grant from Lloyd’s Register Foundation to study the use of blockchain in shipping could lead to cleaner fuels, better conditions for seafarers and fewer fires at sea through safer transport of hazardous materials.

The impact could also be a transformation in efficiency for the $1.8trillion global shipping industry, with a potential cost saving of around 10%, one of the leading companies, Maersk, has estimated.

We’ve given a grant to BLOC, an independent blockchain studio working to foster industry collaboration underpinned by open and transparent technologies. They’ve created Maritime Blockchain Labs (MBL) to look at the potential of blockchain - cryptographically-powered, decentralised software systems - to tackle three of the shipping’s biggest challenges.

A blockchain is a list of transactions secured by cryptography that network participants can view and verify. It is difficult for any one party to tamper with a block, without everyone involved in the transaction being able to see. The benefits, until now, have been mainly felt in the financial sector, but MBL have carried out pilot projects in three areas of shipping where the technology could make a big difference.

BLOC’s CEO, Deanna MacDonald, said: “Blockchain has the potential to transform the shipping industry – making it cleaner, greener and safer. This funding allowed us to de-risk early stages of innovation by fostering collective problem-solving and assessing how blockchain could tackle some of the industry’s key challenges.” 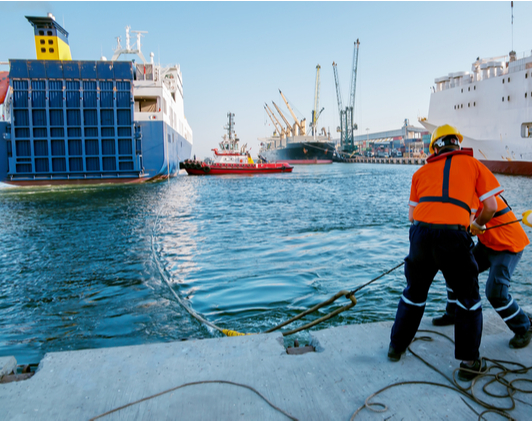 Many ships run on heavy fuel oil – the oil that’s left at the end of the refining process. It’s a highly polluting fuel, and the International Maritime Organisation (IMO) has brought in new rules on what it can contain. One of these, the ‘Sulphur 2020’ rule demands a reduction in the proportion of sulphur in fuel, from 3.5% down to 0.5%.

This is a massive challenge for the multi-billion dollar ‘bunkering’ industry (‘bunkering’ is the process of fuelling a ship). By providing a secure and transparent environment for the exchange of fuel quality data, blockchain offers vessel owners assurance that the fuel they are purchasing meets their needs and is in line with regulations. Improper fuel blending can lead to fuel contamination or incompatibility of the blended fuels. This can subsequently lead to engine failures and loss of propulsion, placing the safety of the ship and its crew at risk.

By making it harder to hide the composition of bunker fuel, blockchain incentivises transparency, mitigates risk and improves safety. The contaminants in bunker fuel can affect the way machinery works. In 2018 there was a large contamination event in the Houston, Texas area which led to several ships being stranded at sea and having to be towed back to port. An end-to-end digital chain of custody would deter such illicit activity and provide clarity on the fuel purchased.

The second pilot project looked into the potential use of blockchain in crew certificate management. There are clear and serious safety implications of not having appropriately trained people on board a ship. Seafarers’ records come from a wide variety of sources - shipping companies, training academies, crew management companies - with widely differing standards of verification.

Blockchain provides a means to securely record endorsements and attestations of various electronic documents, IDs, and training certificates for seafarers. The system can be set up to allow multi-party validation – so it’s harder to falsify.

Blockchain has the potential to benefit all of us – even if we never go near a ship. This is particularly evident from the third pilot, which has looked at the shipping of dangerous goods.

An example may have been the fire on board the Maersk Honam in March 2018, which broke out in the cargo hold, killing five crew members and injuring many.

But the risk of wrongly labelling or packing goods extends beyond the crew – to the end of the supply chain and the person receiving the materials.

Using a blockchain single ledger, the provenance of these dangerous goods is recorded along with document details for every transaction in the chain of distribution. In combination with other technology, this provides increased traceability and reduces risks of handling such cargo.

The Marine Blockchain Lab projects have attracted widespread publicity and are being evaluated for wider use. The fuel pilot won the MIT Solve 2018 Award for Coastal Communities and the Next Step Challenge Award 2019 for Most Scalable Offshore Solution. Its spin-off software product, BunkerTrace, also won the 2019 Lloyd’s List Innovation Award for Excellence in Supply Chain Management and Innovation. 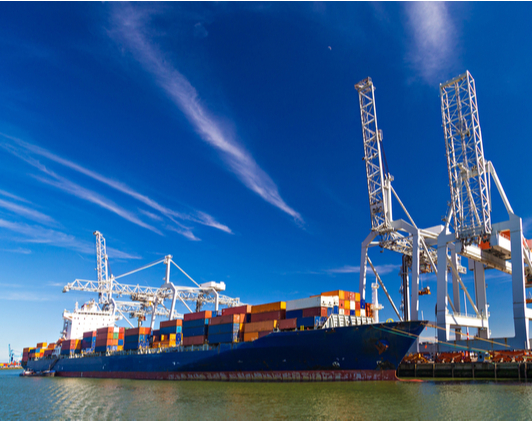