The importance of the health of the world’s oceans is finally starting to be taken seriously by key players in the supply chain according to panellists at Lloyd’s Register’s COP26 event last week – A Spotlight on the Blue Economy: Supporting Sustainable Supply Chains. 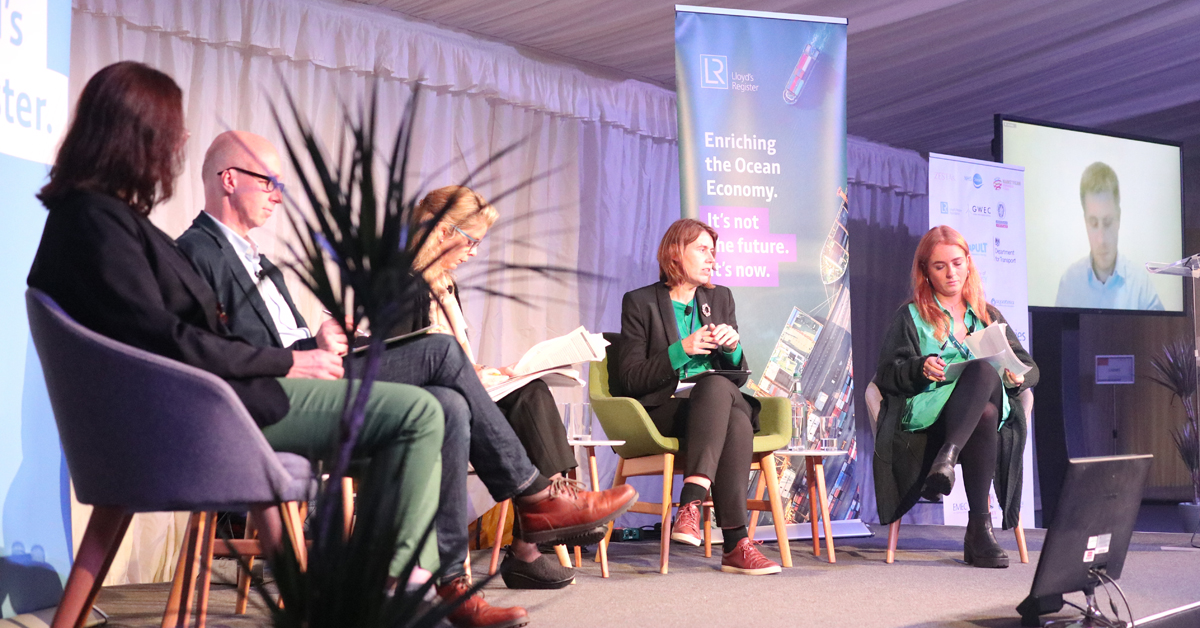 Speaking during the panel discussion, Richard Hixson, NHS Ocean founder, outlined how new thinking on ocean health correlates directly with human healthcare and how the operation of the world’s supply chains, including ocean transport, has a direct impact on all of our lives. He explained how NHS Ocean is supporting the UK’s National Health Service, one of the UK’s largest customers of shipping services, in assessing the sustainability of its supply chains, particularly those provided by container lines. He praised the UK’s largest employer for adopting an imposing green strategy and singled out Greener NHS for its achievements so far.

Quentin Henneaux, Lead, Global Freight Compliance at multinational pharmaceuticals firm, Baxter Healthcare, explained how Baxter have implemented sustainability strategies at an operational level. The logistics of supplying treatments for acute and chronic medical conditions to users all around the world presents specific challenges.

The company is aiming for carbon neutrality by 2040, Henneaux revealed, but emphasised that moves have already begun. Ocean shipping is by far the largest mode of distribution used by the company, he said, and he outlined three clear initiatives on strategy.

One, the company has adopted a reliable standard based on Clean Cargo methodology for reporting from its offices around the world. Two, reporting is based on both carrier and trade lane. And three, manufacturing sites across Europe now dispatch cargo consignments to a platform outside Antwerp. They are then coordinated and consolidated to minimise the number of shipped boxes. Central to all of these initiatives, Henneaux stressed, was collaboration. “We are only one actor in the chain,” he noted, “and we need to collaborate with our carriers and our customers.”

Ruth Boumphrey, Director of Strategic Programmes at Lloyd’s Register Foundation, who are working, amongst other projects, to promote ocean visibility among the general public, said: “Ocean industries fulfil a vital role in everyone’s lives and are expected to double in size by 2030. These industries need to expand safely and with sustainable criteria in design, finance, engineering operation and decommissioning.”

She revealed the Foundation’s plans for a new Ocean Safety Index to track safe industrial development and appropriate safeguarding. She also highlighted a new drive on ‘ocean citizenship’, through which future sustainable development will take account not only of the oceans themselves, but also all people whose lives are inextricably linked with ocean welfare.

Describing the world’s oceans as the planet’s ‘unsung hero’, a resource not simply to be taken from, but to be protected and nurtured, LR’s Katharine Palmer, Global Sustainability Manager and UN High-Level Climate Champion Shipping Lead, warned that meeting targets in the future will not be possible without tackling shipping emissions today.

She highlighted the inspiring work of the UN’s Race to Zero campaign, involving 5000 non-state members representing 15% of the world economy. There were, however, only two shipping companies in the membership so far, she noted.

Martha Selwyn of UN Global Compact emphasised the importance of ensuring we use terminology with the same definitions. “We all talk about ‘net zero’,” she said, “but are we talking about the same thing?”. She cited ‘tunnel carbon vision’ as another example – it was all very well talking about reducing carbon emissions, she said, but what about everything else?

Introducing the session, Ambassador Peter Thomson, UN Secretary-General’s Special Envoy for the Ocean, stressed that the entire economy of the planet ultimately depends on healthy oceans and that they are currently in great danger. In the drive to reduce emissions and prevent the catastrophic outcomes of rising temperatures, ocean welfare must be at the top of the agenda.

Rising temperatures pose a massive threat to many coastal and island communities, and Thomson cited his native Fuji where a large proportion of people depend on the sea for food and jobs. He went on to cite the work of the World Meteorological Association in Geneva and its Secretary-General, Petteri Taalas, who has predicted that we are heading for a world that will be 3°C warmer by the end of the century, without drastic action now.

“That’s a world on fire,” said Thomson. “I’ve got skin in that game. I’ve got four granddaughters. Here is Rosie,” he said pointing to a photograph on his lanyard. “She’ll be 80 by then.”