Click on the following case studies to read more about the Foundation's funding:

The programme is designed to focus on sharing existing experience and knowledge in resilience engineering, one of the Foundation's four research funding priorities.

Institute for the Public Understanding of Risk

In 2016 The Foundation committed a grant of £10 million to establish the Lloyd’s Register Foundation Institute for the Public Understanding of Risk.

In 2015/16 the Foundation agreed to fund the production of Lewis Wilde's video in the Born To Engineer series.

Highlights of the Foundation's other recent successes are summarised below: 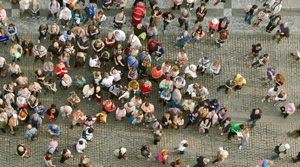 The Foundation-funded Technology Editor has written articles that have reached a digital audience of 3,500,000 people worldwide.

Published a paper in the prestigious Science journal citing Foundation-funded work using graphene as a membrane to separate isotopes of hydrogen, opening up further exciting applications such as in desalination.

The grant made by the Foundation that established KOSORI (The Korea Ship and Offshore Research Institute) has acted also as seed funding in obtaining $100 million from the Korean central and local governments for new 23.1ha test facilities.

Find out more about our impact by downloading our regular impact statements.