Safe seaweed to feed the planet

By 2050 our planet will have around ten billion people to feed. With over 800 million of us already living in hunger, we urgently need answers to this major agricultural challenge. The world’s seas and oceans represent vast potential for our crowded world. It’s not surprising that scientists are looking under the sea to solve our food and energy challenges.

Finding a replacement for animal protein to feed people and animals is one of our biggest challenges as a planet. Seaweed, an incredible source of protein, amino acids and vitamins, is an obvious substitute. Nori, kelp, dulse and other seaweeds are eaten in coastal communities in every continent. And seaweed is rapidly gaining a reputation as a ‘superfood’, driving a huge increase in consumption of sushi and seaweed smoothies.

Lloyd’s Register Foundation is helping scientists work out how we can produce safe and sustainable food from the sea. This began with a project looking at Europe’s busiest waterway, the North Sea. Forested with wind turbines and crowded with congested shipping lanes, the North Sea is already a mighty economic engine. The question is, can it also be a sustainable source of seaweed to feed the planet, and can this happen safely? 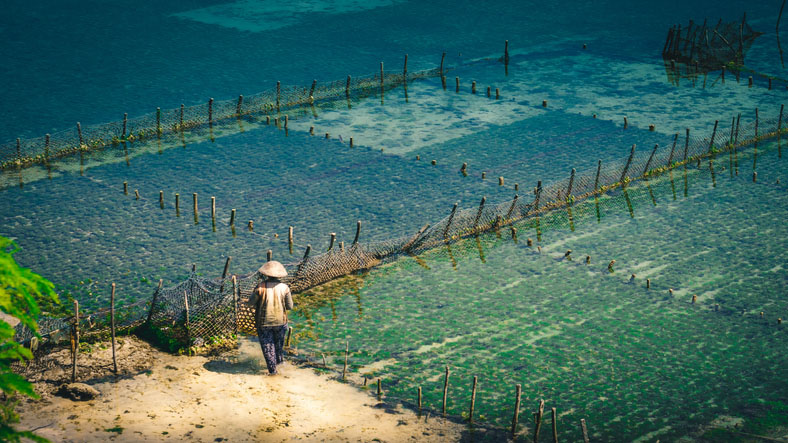 The Foundation’s SOMOS project looked into using the North Sea as a future source of food, animal feed, chemicals and energy. It brought together researchers from Wageningen University and Research and the Dutch organisation for applied scientific research (TNO).

SOMOS stands for the Safe Production of Marine Plants and Use of Ocean Space and the scientists involved hope governments will use their research to set priorities for monitoring seaweed food safety. They also hope that tackling food safety issues will help the seaweed industry grow. Their research has already reaped benefits. It’s led to almost €10m European Union Horizon 2020 funding for five pilot projects in the North Sea – with Lloyd’s Register Group playing an active role in the consortium delivering them.

“Our current reliance on meat and soya has a significant impact on the environment and will become unsustainable as diets become richer. Marine plants could be a sustainable source of protein, fresh water and energy for the growing global population. It is exciting to be involved in research into viable alternatives.” 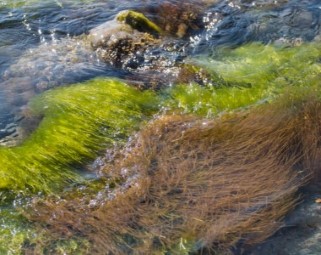 When seaweed grows in polluted waters it can contain less nourishing things, such as heavy metals, microplastics and Salmonella – so food safety issues are critical. The North Sea already supports a lot of economic activity, including wind farms powering hundreds of thousands of homes and businesses. The SOMOS challenge was to see if it could support multiple economic objectives – including producing seaweed for food – safely.

Some of the recent outputs of the SOMOS project have been published by Jen Banach from Wageningen Food Safety Research in the journal Comprehensive Reviews in Food Science and Food Safety. The research found that “Seaweeds are known to accumulate elements, so if they are present in the environment, they can be taken up in the seaweed. Some hazards associated with seaweed, like heavy metals, can bind with proteins and interfere with their physiological activity. Other elements like iodine, although essential for humans and animals, can cause adverse health effects if consumption is excessive.”

Many factors can influence the presence of potentially harmful substances in seaweed. The seaweed type, cultivation and harvest season, and geographical location are all important. Additional research is needed to determine whether the potential hazards that have now been identified present a public health risk.

The information gathered in the study will feed into the SOMOS project’s wider efforts to develop a framework aimed at ensuring safe coexistence between energy, food and the other economic interests at play in the North Sea.