Nuclear power is set to get a lot safer (and cheaper) – here's why.

Mike Fitzpatrick - a Foundation-funded grant holder at Coventry University and an Advisory Council member – has written an article, Nuclear power is set to get a lot safer (and cheaper) – here's why (article reproduced below), that has been published by another Foundation grant holder called The Conversation. The Conversation is a collaboration between editors and academics to provide informed news analysis and commentary that's free to read and republish on-line. 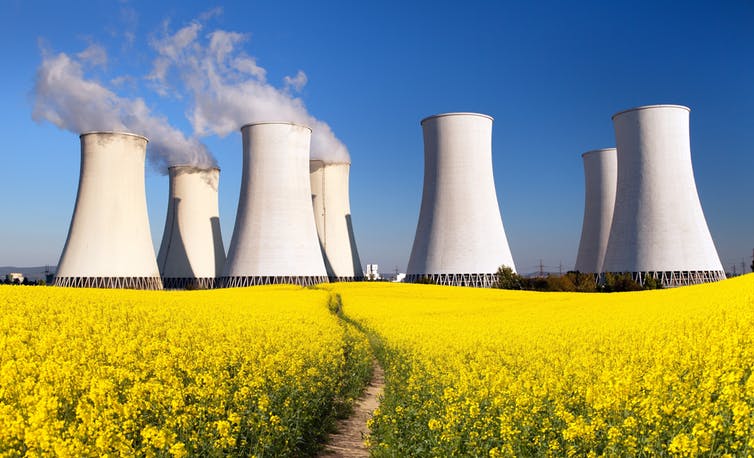 Michael Fitzpatrick, Coventry University
High-profile disasters such as Chernobyl and Fukushima have given nuclear power a bad name. Despite 60 years of nuclear generation without major accidents in many countries including Britain and France, many people have serious concerns about the safety of nuclear energy and the impact of the radioactive waste it generates. The very high capital cost of building a plant is also seen as a significant barrier, particularly given recent low oil prices. Plans to build a new British plant at Hinkley Point in Somerset are facing fresh opposition after it emerged the estimated lifetime costs had risen to £37 billion.

Yet the high priority of reducing carbon emissions thanks to climate change means nuclear power looks more important than ever. Luckily, the next generation of reactors could hold the answer. With more in-built safety systems and a way to reuse old fuel, they are set to make nuclear power safer and, potentially, cheaper.

Human error and a natural disaster played major roles in the Chernobyl and Fukushima incidents, respectively. But in both cases, the failures occurred when the plants could no longer keep the reactors cool enough. At Chernobyl this was because of deliberate action and human error, and at Fukushima because the backup generators to drive the cooling pumps had been destroyed as a result of the tsunami. 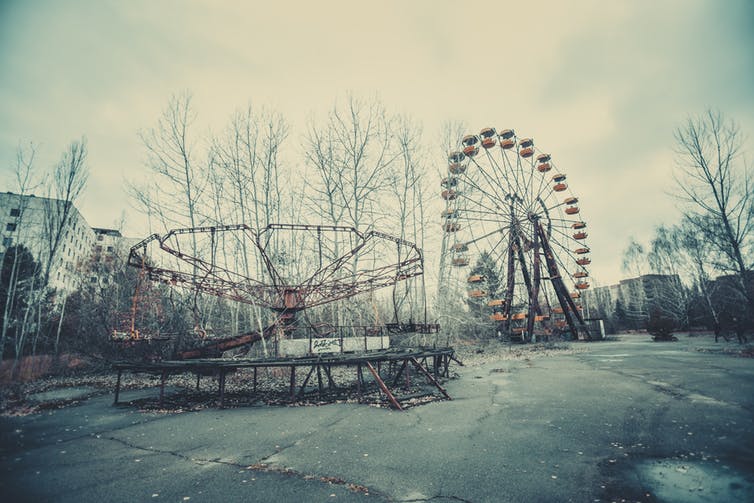 An important reason why nuclear power is so expensive is the complex engineering, exacting standards, and advanced manufacturing technology that is used to ensure safe operation. For example, plants usually sits on a “nuclear island” of reinforced concrete that acts as a stable base for the plant and provides a barrier of last resort in case radioactive material is released. The pressure vessel at the core of the plant is made from carefully alloyed and fabricated steel to prevent it from becoming brittle from the decades’ worth of radiation it has to endure.

Today’s reactor designs also have far more safety features than older installations. These range from duplicate emergency cooling systems to prevent overheating even if some systems fail, through to so-called “core catchers” that would contain the reactor core in a worst-case meltdown event.

Some designs will cool passively in the event of a loss of power to the cooling circuit (as happened at Fukushima). The heat from the core will gradually dissipate from the walls of the pressure vessel and through the cooling circuit by convection. The reactors that are being constructed today benefit from 60 years of experience gained in the design and operation of nuclear power plants around the world.

But future reactor technologies –- so-called “Gen IV” designs – offer even better inherent safety. One of their key features are fully passive cooling systems so the reactor is never dependent on external power for safety. The reactor is carefully designed so that overheating actually reduces, rather than increases, the power output of the core. The core and cooling systems are not pressurised, and using liquids other than water for cooling prevents the risk of creating hydrogen: both of which drastically reduce the risk of explosions as occurred at Fukushima. 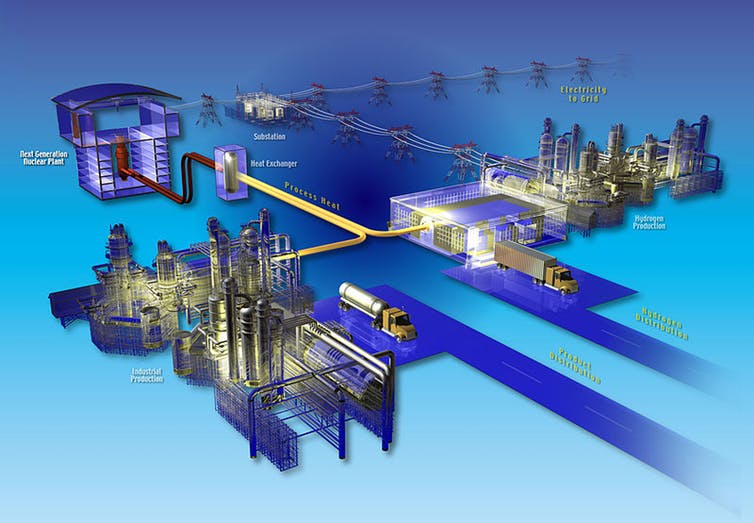 Gen IV reactors will also allow more efficient use of nuclear fuel. The fuel in current reactor designs is used only once and then disposed of, which produces radioactive waste that will take hundreds of millennia to decay to a safe level. But this waste contains valuable resources of fissile material that can be reprocessed into new fuel. Burning this fuel in specialised “fast” reactors provides would be much more efficient and generate waste that decays safely within just a hundred years or so. It would also move us towards a closed fuel-cycle that would greatly extend the lifetime of the Earth’s uranium reserves.

Another of the factors that makes nuclear power plants so expensive is that we haven’t built very many in recent years. This means that there is no industrial supply chain of companies with the expertise to manufacture the technology, reducing competition and limiting economies of scale.

For the few plants that have been built, there have often been issues in construction quality as the project has progressed: with the concrete for the nuclear island, the welding of heat exchanger pipework, or the composition of the steel used for the pressure vessel. These have needed expensive fixes or investigation to assure regulators that safety hasn’t been compromised.

So one way to reduce the costs of nuclear power plant is simply to build more of them. There are economies of scale in terms of having identical designs with the same requirements for construction, fuelling, operation and maintenance. In the UK in particular, attention is shifting towards so-called small modular reactors, or SMRs, that produce less power but that have lower upfront capital construction costs.

Perhaps if the latest technology can also convince the public nuclear power has become safer, there will be the appetite to build enough plants to bring the costs down even more.

This article was originally published on The Conversation. Read the original article.