Lloyd's Register Foundation Campaign kicks off at Marmari in Evia.

The Exhibition of HELMEPA's "Educational Community and Public Awareness Campaign on the Marine Environment, Shipping and Sciences", which is supported by Lloyd's Register Foundation, was inaugurated on Tuesday 26 September at the Cultural Center of Marmari, on the southern tip of Evia. 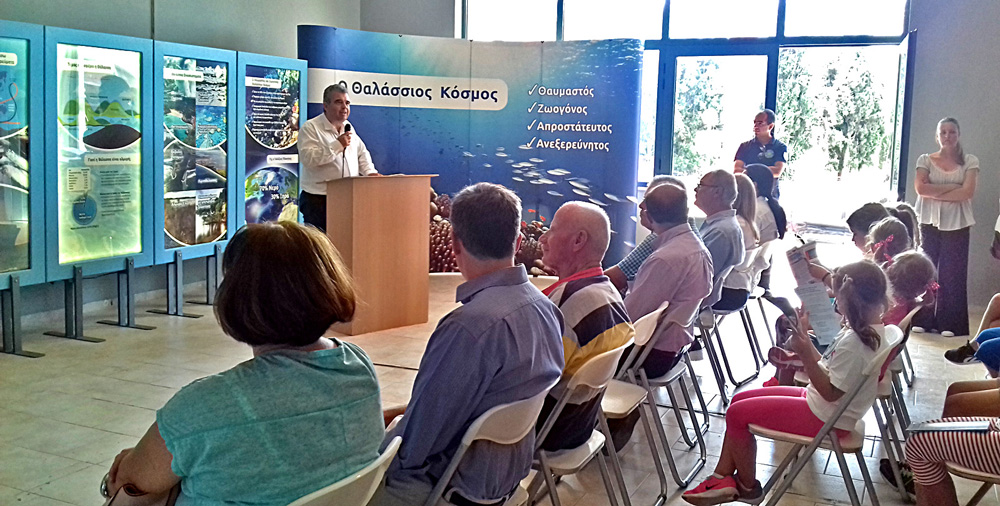 The Mayor of Karystos, Mr L. Raviolos and the Vice Mayor, Mr Ath. Zafeiris, the Coordinator of Schools' Activities of the Primary Education Directorate of Evia, Mrs A. Frantzeskidou, the Schools' Consultant of Marmari, Mr. G. Pantioras representatives of the Hellenic Coast Guard and local stakeholders, as well as 50 pupils and teachers of the Primary School of Marmari honoured the event with their presence.

Welcoming the participants on behalf of HELMEPA, Mr C. Triantafillou, Assistant Executive Coordinator, made reference to the aims and the results of the Campaign to date underlining that pollution prevention through information and awareness raising of all constitutes the best investment towards protecting the marine environment. 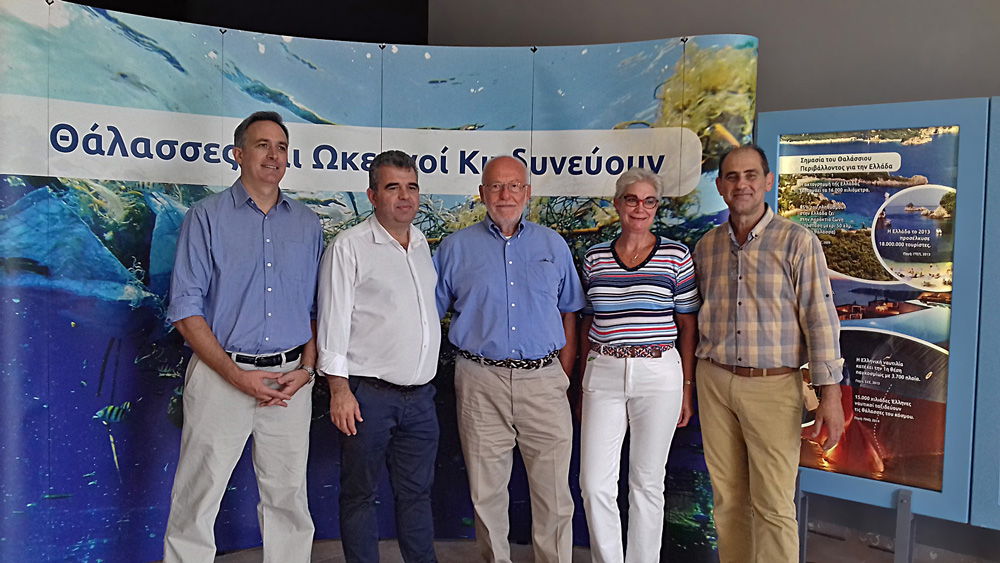 In his address, the Mayor of Karystos wholeheartedly thanked HELMEPA for including their region in the Campaign, thus providing the opportunity to local students and teachers to be informed on issues pertaining to the marine environment, shipping and sciences. He then stressed that the environmental consciousness of all and especially the younger generations must be alert due to increasing pressures on the natural environment.

Representing the Educational Directorates of Evia, Ms A. Frantzeskidou spoke about our valuable heritage, the marine environment and the threats it faces, which may cause irreversible changes to marine ecosystems and widespread social and economic damage. Also, she stressed the importance of inspiring students to become further involved in science, engineering and new technologies in the service of the environment and humanity. 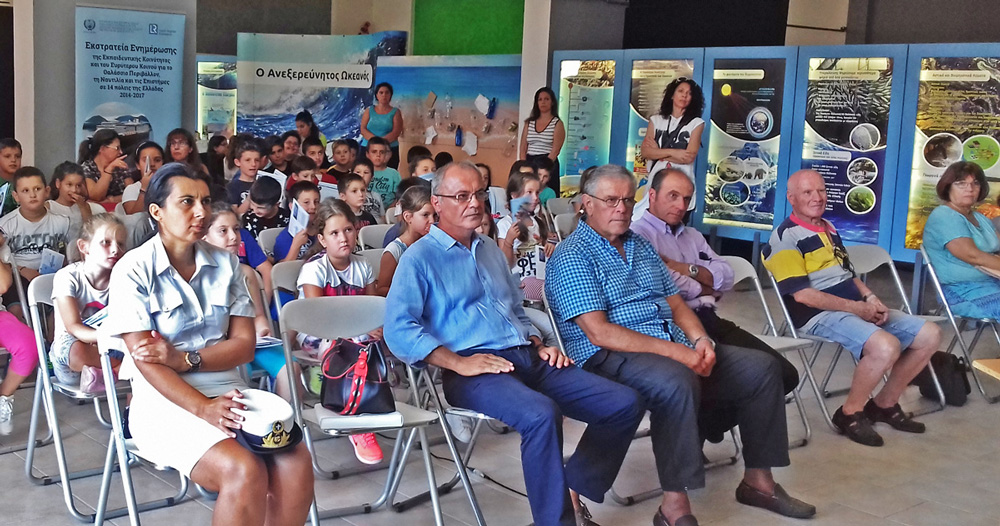 Snapshot during the opening ceremony

Following, Mr G. Pantioras congratulated all those who contributed to the design and implementation of this imitative, which provides the opportunity to students to realize that environmental problems are the result of reckless human activity.

The event came to a close with a light buffet lunch offered by HELMEPA, during which representatives of local stakeholders discussed with the Director General, Capt. Dimitris Mitsatsos and staff of the Environmental Sector about issues of common interest.

Guided tour of schoolchildren at the exhibition

Until 6 October, 800 Primary and High school students of Marmari, Karystos, Styra and adjacent villages will be transported to the Exhibition on the Campaign's expenses. Additionally, a 'train-the-trainer' Seminar for Teachers titled "The marine environment and us: ensuring a sustainable future" will take place on Wednesday 4 October at the Environmental Awareness Center of Karystos, as well as underwater cleanups of the port of Karystos and "Mandili" reef during the weekend in cooperation with the "Aegean Rebreath" volunteers' dive group, the "Dikelas" Scuba Dive Club and local fishermen.